I just published a gallery on my website of photos from our trip to Scotland last year .  Check them out, and feel free to explore the rest of my website too!  I’ve been trying to keep things fairly fresh and plan to do more in the near future, including more vacation photo galleries.

I haven’t typically jumped on the “Best of….” bandwagon, but as my buddy Paul says, “My blog, my rules!”  Or something to that effect. 😉 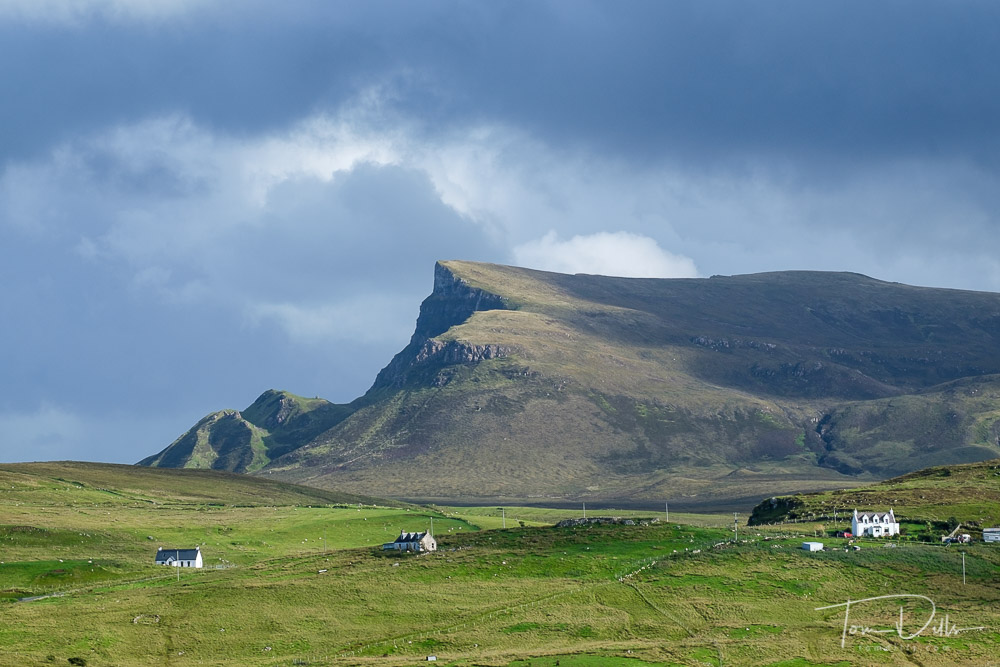 View from the A87 on the Trotternish Peninsula, Isle of Skye, Scotland

As much as Kathy & I love to travel, we often talk about the fact that there are a lot of interesting things to do right here in Charlotte.  Things that people come from all over the country – and even the world – to experience, and we have never been.  So a few weeks ago we decided to try something new – to be tourists in our own town and start checking out some of the things we take for granted.

After a nice breakfast we headed to the Bechtler Museum of Modern Art for an exhibit of photography that includes work by Paul Strand and  of contemporary Mexican photographers.  The office where I work is directly across the street from the Bechtler, and our bank gives us free admission once a month, but we had never been!

Next we rode the light rail out to visit Doc Porter’s Distillery, where we took a tour and sampled their products.  This little distillery is cranking out bourbon, rye whisky, rum, gin, vodka and soon, malt whisky.  Nice people and a good story, and well worth the effort to get there.

So a day of photography and booze – how hard is that?!

I don’t usually go looking for Christmas-themed photos, but sometimes they just manage to find me. 😉  This was shot in Belhaven, NC last year.  And when I shot it I commented that it would be my Christmas wallpaper for this year.  And so it is!

We’re headed for Belhaven again this coming weekend.  There’s no telling what photographs might find me while we’re there.  Might even be another Christmas scene. 😉

Kathy travels to Minneapolis regularly for work – her company is headquartered there.  A few weeks ago she went and allowed me to tag along.  A group of folks that I support at work are located there, so it gave me an opportunity to meet people that otherwise I would only know by phone and email.

While we were there we took some time to get out and explore.  It was my first time there, and my first time to see the Mississippi River from somewhere other than an airplane.  Here is a baker’s dozen of my photos from that adventure.

I’ve finally finished processing my photos from Scotland and am going back through them for posting.  Here are a few from Edinburgh that I don’t think I’ve shared.  My apologies for any duplicates!

“There is nothing worse than a sharp image of a fuzzy concept.” – Ansel Adams.

Uncle Ansel didn’t make a lot of fuzzy photographs in his day, but I do.  Sometimes on purpose!

People wonder what I’m seeing when they try to figure out where my camera is aimed.  If they only knew. 🙂

One of my favorite things is to sit by a mountain stream, especially in the fall, and watch the leaves falling from the trees overhead then being swept downstream by the current.  Some leaves travel straight down the middle of the steam, tossed gently by the movement of the water.  Many more leaves get caught up in the pools and eddies on the side of the streams, staying there until the current changes then moves them along to the next obstacle.  Occasionally the leaves are swept over rocks and sometimes even swamped by a cascade.  The courses of these leaves are a metaphor for our own lives and represent how little control we have over whether we stick to the center of the stream or get caught up along the sides.  Mostly, I think they reflect how pointless it is to stress and obsess over things that we can’t do anything about and remind us to go with the flow.  One of the many reasons I love to spend time in nature.

Photos from the Royal Edinburgh Military Tattoo.  It was a little challenging photographically because, even though we had great seats, there weren’t many different compositions to be made.  I had to rely on the changing of performers, lighting and special effects to get interesting photos.  But what a background for a very spectacular performance!

The Royal Edinburgh Military Tattoo is an annual series of military tattoos performed by British Armed Forces, Commonwealth and international military bands and artistic performance teams on the esplanade of Edinburgh Castle in the capital of Scotland. The event is held each August as part of the Edinburgh Festival.

The term “tattoo” derives from a 17th-century Dutch phrase doe den tap toe (“turn off the tap”) a signal to tavern owners each night, played by a regiment’s Corps of Drums, to turn off the taps of their ale kegs so that the soldiers would retire to their billeted lodgings at a reasonable hour. With the establishment of modern barracks and full military bands later in the 18th century, the term “tattoo” was used to describe the last duty call of the day, as well as a ceremonial form of evening entertainment performed by military musicians.

The first public military tattoo in Edinburgh was entitled “Something About a Soldier” and took place at the Ross Bandstand, Princes Street Gardens, in 1949. The first official Edinburgh Military Tattoo was held in 1950 with eight items in the programme. It drew some 6,000 spectators seated in simple bench and scaffold structures around the north, south, and east sides of the Edinburgh Castle esplanade. In 1952, the capacity of the stands was increased to accommodate a nightly audience of 7,700, allowing 160,000 to watch the multiple live performances.

Since the 1970s on average, just over 217,000 people see the Tattoo live on the esplanade of Edinburgh Castle each year, and it has sold out in advance for the last decade. 30% of the audience are from Scotland and 35% from the rest of the United Kingdom. The remaining 35% of the audience consists of 70,000 visitors from overseas.

The temporary grandstands on the castle esplanade, used between 1975 and 2010, had a capacity of 8,600.[2] New £16 million spectator stands and corporate hospitality boxes came into use in 2011. The new temporary stands reduced the time taken to erect and dismantle them from the original two months to one month, allowing the esplanade to host events at other times of the year.

The firing of the One o’clock Gun dates back to 1861 when it allowed ships in the Firth of Forth to set the maritime clocks they needed to navigate the world’s oceans.  The idea was brought to Edinburgh from Paris by businessman John Hewitt.  The gun is fired at 1pm every day except Sundays, Christmas Day or Good Friday, with crowds gathering to enjoy the spectacle.  The first gun was a 64-pounder, but since 2001 a 105mm field gun has been fired from the Mills Mount Battery.

When I took these photos my intention was to turn them into a GIF.  It took me a little figuring out in Photoshop but I was able to put 16 frames together into the little video below.  Hopefully it isn’t too annoying, which is why I made it loop only 3 times and buried it down in my post to reward those few people who actually read my drivel. 🙂