Sometimes I do put my camera on a tripod, as evidenced by this photo from the archives.  From 2012, in fact!

Kathy & I are heading off to the coast shortly for a few days of family, sightseeing and probably a few photos.

Nothing to say today, important or otherwise.  I just processed a few more photos from the same folder as the last post and thought I would share.  Hope everyone is enjoying the weekend.  Staying warm where it’s cold and dry where it’s wet. 😉

Case in point – last week I sent an email to a co-worker about something good that had happened, and he replied, “dilly dilly.”  I was puzzled but figured if he wasn’t making some obscure reference to my name that it was probably something I missed from television.  I get pretty good at recognizing things like that. 😉

Just today I came across an article about a guy with Charlotte roots who had found recent fame by being the “dilly dilly” guy, and it turns out he is the actor that plays the king in a series of Budweiser commercials where he replies “dilly dilly” whenever someone brings him beer.  Little did I know, but “dilly dilly” is this year’s version of “WHASSSUP?” 🙂

The photos – by the way – are more from 2012.  I took this during an outing with a digital point & shoot class I was teaching.  Although it appears I “cheated” and was using my then-new Canon 5D Mark III. 😉

As part of my project to recover drive space by deleting photos that didn’t make the cut, I get to go through those folders again, looking for photos that made the cut but that I had never processed.  The year I’ve been looking at most recently is 2012.  These photos were from a trip to Hilton Head Island that year.  It’s interesting to see that I used three different cameras at that time. 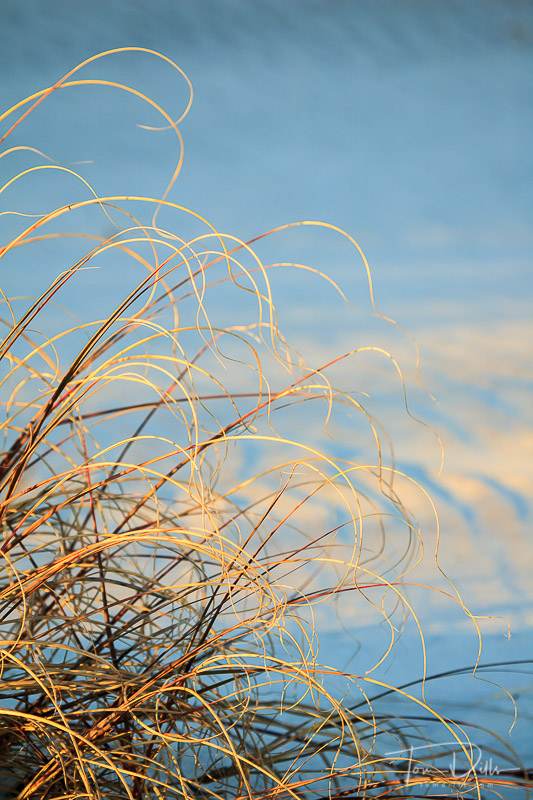 Back in February 2016 I wrote this post titled Storage and Clutter, about my quest to delete files and free up space on my hard drives.  At that point I was through 2008 and had deleted 23,000 files worth 236GB.  I’ve working slowly but steadily on that project and today I finished 2012.  At this point I have jettisoned 56,000 files and reclaimed about 478 GB.  Not a bad effort so far, and the farther I go the more confident I become in my previous editing.  I’ll need to go a little further with my more recent years because I’m not sure I’ve been doing as good a job lately.  We’ll see!

These photos are from our 2012 cruise to Alaska from San Francisco, hence the diverse geography. 🙂  They are previously unprocessed files that I discovered while I was reviewing photos, but are not ones that had been scheduled for deletion. 😉

I have received a number of compliments on the photo from my last post and for the same photo that is on this month’s print calendar.  This truly is a wonderful photograph, one of my all-time favorites.  This is a location I have visited a number of times, at different times of the year and in varying conditions.  The particular evening that I made the photograph that became this month’s calendar, I had exceptionally nice light.  It only lasted for a few moments, but that light, combined with very still water, made for just the right conditions.

I remembered a similar photograph that I had taken at this same location several years earlier, and went back and pulled it up.  While nice in it’s own way, it was a more cloudy afternoon and the light is much more subdued.  The lighting was much more subdued, which is what I would typically favor for a lot of the photography I do.  It is still a very nice photograph, but not on the same level as the later one.

It is a good example of why we return often to a familiar location.  Because you just don’t know what conditions you might encounter.

My grandfather was a wise man, and growing up I learned a lot of my lessons about life from hours of conversations at my grandparents’ kitchen table.  We talked about everything from music, work and investing, to relationships and life in general.  In many ways I was closer to my grandparents than my parents, because they loved and appreciated me for who I was, and they didn’t carry the burden of trying to raise me and to make sure I “came out right.”

Grandpa had lots of sayings, phrases and colloquialisms that he liked to use.  One of his favorite “good-bye’s” was the admonishment to “keep your head clear and your bowels open.”  I always thought that was rather silly, but I knew what he meant.  As I’ve gotten older I’ve realized even more what he meant.

Our numerous conversations often revolved around things that troubled me as well as things that made me happy.  When I started to second guess my choice of major in my first year of college, we talked about the pros and cons.  He supported my decision to change to a business major and helped me get my first job in banking.  I didn’t talk a lot about relationships with him, but we shared the occasional tear over a lost love or a missed opportunity.    We talked about the good things and the bad.  When my grandparents experienced health issues we talked about aging.  When my parents were experiencing what were ultimately terminal health issues we spent a lot of time talking about life.

I always joked that it was because he was an avid golfer that he was able to withstand “the thrill of victory, and the agony of defeat.”  Nothing was more exhilarating and at the same time frustrating as the game of golf (exhilarating for him and frustrating for me).  He was always good at golf, and despite my best efforts I always sucked at it.  But he applied his philosophy of golf to the way he looked at life.  Whenever we talked about things that were especially wonderful or especially troubling, he would look off into the distance and exclaim, “Ah, the Vicissitudes of Life.”

Nothing has epitomized the Vicissitudes of Life as much as the last several years.  In 2009 I spent 9 months out of work, but late in the year found a job doing what I’ve done for 30+ years.  In 2010 Scott – our oldest son – was engaged, we took a cruise with Scott & Kristin and our best friends Bill & Cathy.  In 2011 Kevin – our youngest son – graduated from college after a longer than anticipated effort, Scott & Kristin got married and we gained a daughter.

This past year showed us the other side of the pendulum.  Kathy lost both of her parents in a three month period, after a rather abrupt turn for the worse early in the year.  I lost four friends and co-workers – three of whom had retired over the last several years – in the last year.  All four well before their time.  Few things are harder than that, but through it all we’ve managed a few bright spots.  Both of our kids spent another year paying their own bills, we had a few great vacations, made some new friends and re-connected with some old ones.  We’ve inched a few steps closer to our eventual retirement and are making some great plans for 2013.

Kathy told me the other night that, despite how tough this year has been, that she is thankful that relatively speaking, her burden has been light.  She knows that despite all that happened, things could have gone differently.  It’s unlikely that they would have gone better for her parents, since the forces that took them were irreversible.  But it’s not hard to think about what things could have been like.  And she’s right.  There are many people carrying much heavier burdens than those we have been carrying.  To the extent we can help we certainly will, and to the extent we can be thankful for our own, we’ll do our best.

For me, the Vicissitudes of Life means being open to the things that life brings us, and understanding that with the good sometimes must come the bad.  It means not living in fear of the future or of the unknown, but it also means not ignoring the realities.  It means finding a balance between enjoying today while planning for tomorrow.  It means being there when a friend needs us, and not being afraid to ask for help when we need it.  It means supporting others when things are tough, and celebrating with them when things go well.  It means recognizing what’s important and focusing our energies on those things, and being mindful of all the things that are not as deserving of our time and attention.

For our Christmas gifts this year, Kathy & I bought new luggage.  But we’re convinced that the true gift is not the luggage itself but is the privilege, and perhaps the responsibility, to put as many miles on it as possible.  So off we go!

Best wishes from Kathy & me to all of you!

“Who says nothing is impossible? Some people do it every day!” (Attributed to Alfred E. Neuman, but who knows?)

I was doing my usual morning headline scan the other morning and came across one that read:

So, it’s not enough to just live my life, plan for the future, eat right and exercise.  I have to read lists to tell me what to worry about?  Please.  And actually, none of the items on that list are things that even affect me.  Maybe in some distant way, but will they impact my day-to-day life?  No.  I realize that it’s not good to completely ignore current events, and I don’t.  I’m far from oblivious.  But why do the media think we need things to worry about?  I suppose it provides better ratings or page views, but that’s just one more thing to get in the way.

It’s bad enough that we can’t trust any information we get these days.  But then we get these people who feel the need to tell us what we need to worry about?  No thanks!  If we want to spend our days running around like Chicken Little I guess that just adds fuel to the fire, but that’s not how I prefer to spend my days.  Especially the preciously small portion of my days that I get to spend actually doing something I want to be doing! 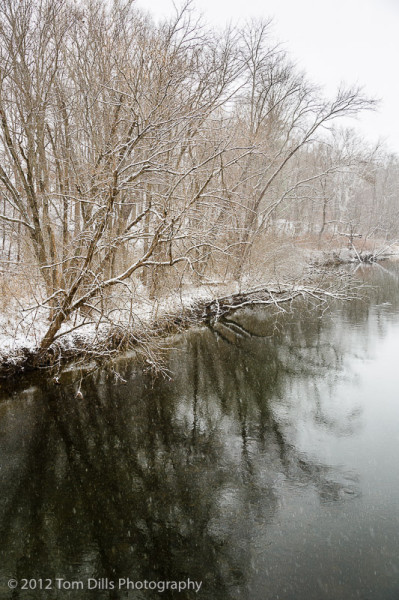 As I sit here on a beautiful North Carolina day, middle of December, trying to decide whether I need a coat to take a walk this afternoon, I thought I’d post a few more photos from our Thanksgiving weekend adventure to eastern Ohio and western Pennsylvania.  These were all taken in the vicinity of the Kidd’s Mill Covered Bridge near Reynolds, PA.

I hope everyone is enjoying their weekend! 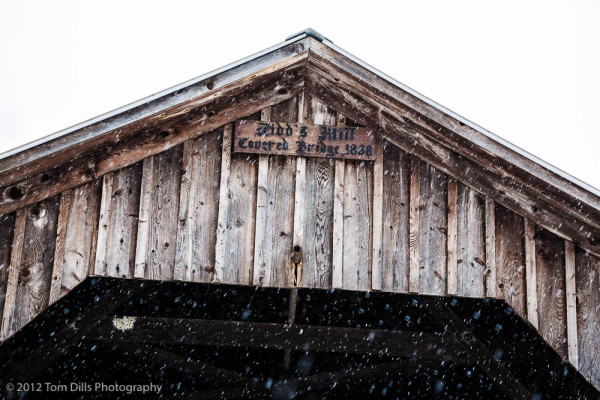 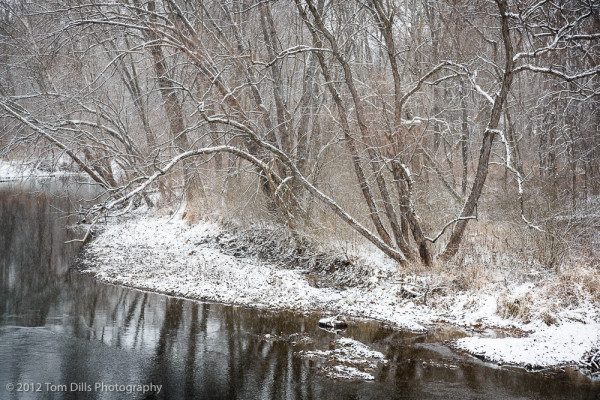 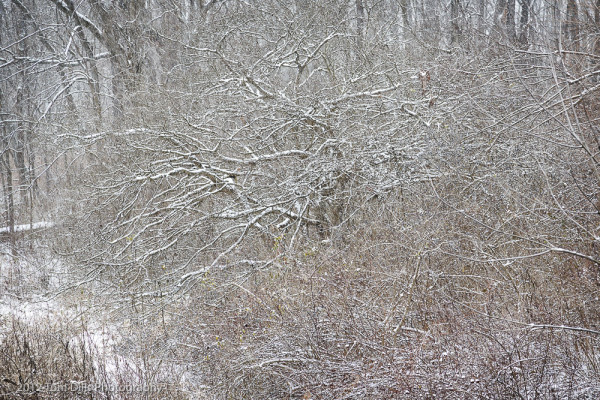 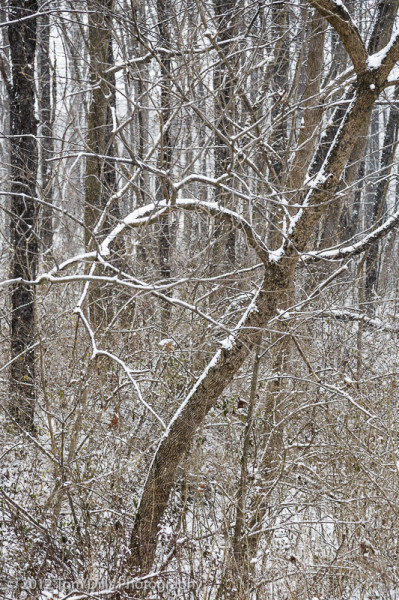