With just under 24-hours to spend in San Francisco, we admittedly got a very thin slice of this city.  But we made the most of it, I think. 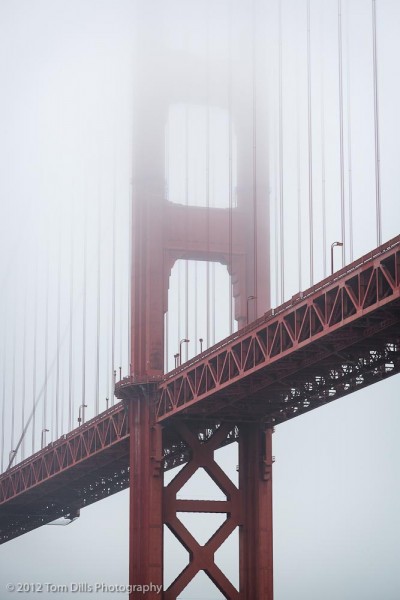 We had originally booked a hotel on our own near Fisherman’s Wharf, figuring that being in the middle of all the action would be the place to be.  We later heard that due to some construction at the port that there could be some heavy congestion there, so we cancelled that reservation and booked our hotel through Princess, knowing that they would provide the transfer from the airport to the hotel, and from the hotel to the ship.  That turned out to be a very good move, as they had a special lot for our bus to drop us off, and they made special arrangements for our luggage.  Since we were making independent arrangements for after the cruise (more on that later) we knew we would be on our own then, but also knew that would not be a problem. 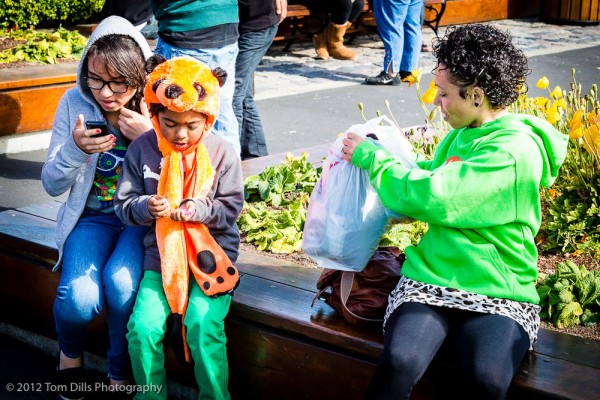 Princess uses the Mark Hopkins Intercontinental Hotel, which is located at the top of Nob Hill, so the view was great, it was right near a number of restaurants, and a short walk to Chinatown and other interesting venues.  We arrived at the hotel just after noon, so once we checked in we headed out in search of lunch.  We found a nice little Italian restaurant a couple of blocks from the hotel, and had a nice lunch of pizza and salad.  Then we started to explore. 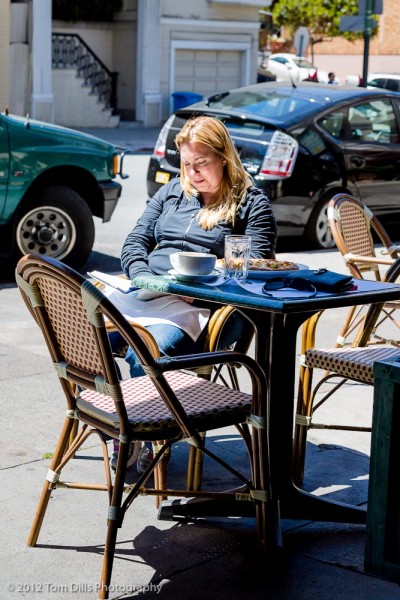 We had talked about riding the Cable Car around, foolishly unaware that you can’t just “hop on” a cable car any time you want!  Most of them are packed, and since we (a) didn’t want to hang off the side, and (b) knew that if we rode inside we wouldn’t be able to see, we decided to see how far our feet would take us.  We ended up pointing ourselves in the general direction of the bay, and after walking for a couple of hours we ended up at Fisherman’s Wharf. 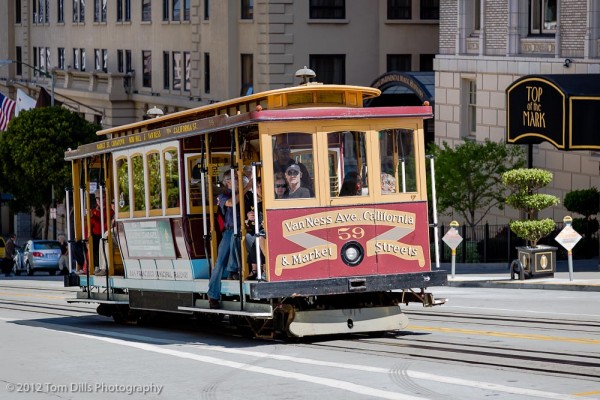 Famous Cable Car in San Francisco, California prior to our cruise on Sea Princess

We spent some time exploring the Wharf area, checked out the seals at Pier 39, tried to find Alcatraz through the fog, then bought tickets for a harbor cruise.  The famous fog was in full force, and the tour was windy and chilly, but it was a great way to see the sights.  We cruised under the Golden Gate Bridge, around Alcatraz and had a nice over view of the skyline.  At least what we could see of it!  After a nice dinner at The Pier Market, we wisely took a taxi back up the hill to our hotel. 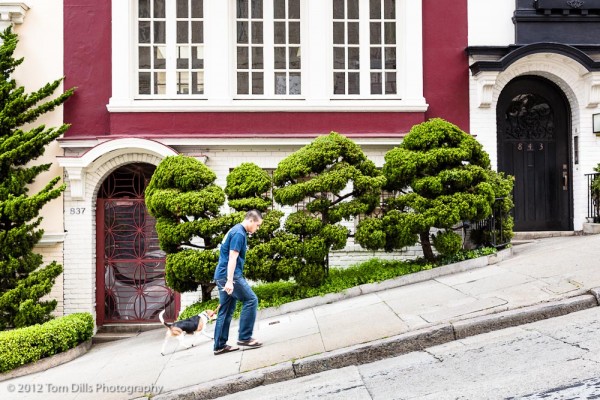 Uphill all the way, San Francisco

Sunday morning came quickly, given the time change, and we did a little more exploring, finding a nice little neighborhood diner for breakfast.  A walk back up the hill was our exercise for the day, so we headed to our room  to pack up for our trip to the port and our ship. 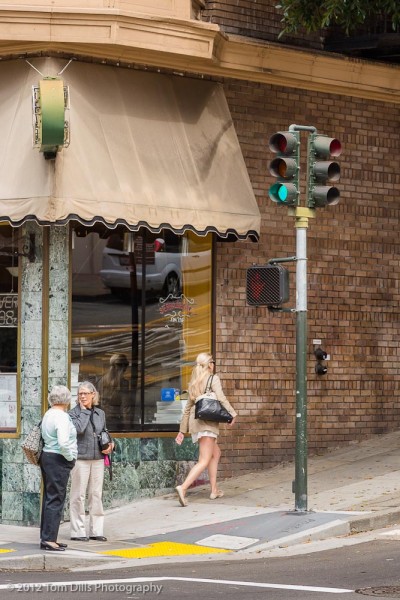 My first impression of San Francisco is that it is a clean, vibrant and diverse town, with pride in their community, good food and friendly people with a respect for historical buildings and architecture.  We definitely would like to return and spend more time.  I think we would be hard pressed to do it justice in even a week, but I’d be willing to give it a try!  A return trip is definitely on the Wish List. 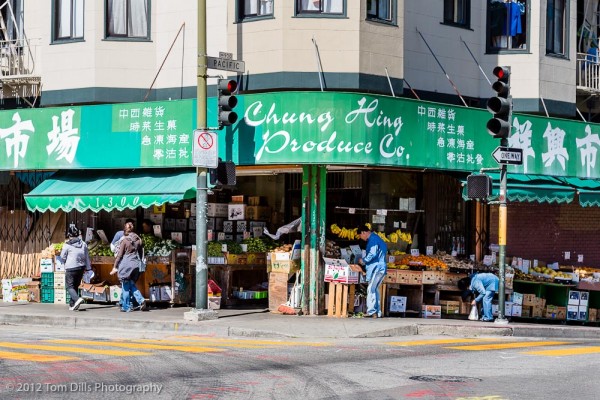 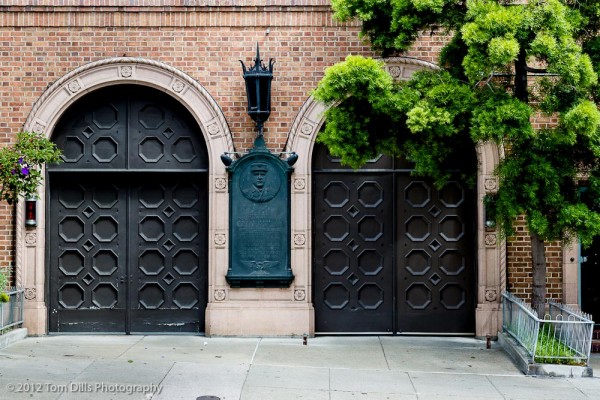 “BY FIRE SHALL HEARTS BE PROVEN, LEST VIRTUE’S GOLD CROWN DIM, AND HIS FIRE WAS TESTED IN LIFE’S ORDEAL OF HIM. NOW CALIFORNIA RENDERS THE LAURELS THAT HE WON-DEAD ON THE FIELD OF HONOR, HER HERO AND HER SON.” Dennis T Sullivan, 1852-1906 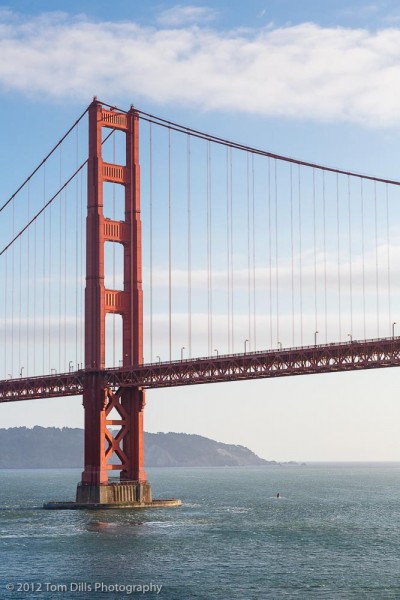