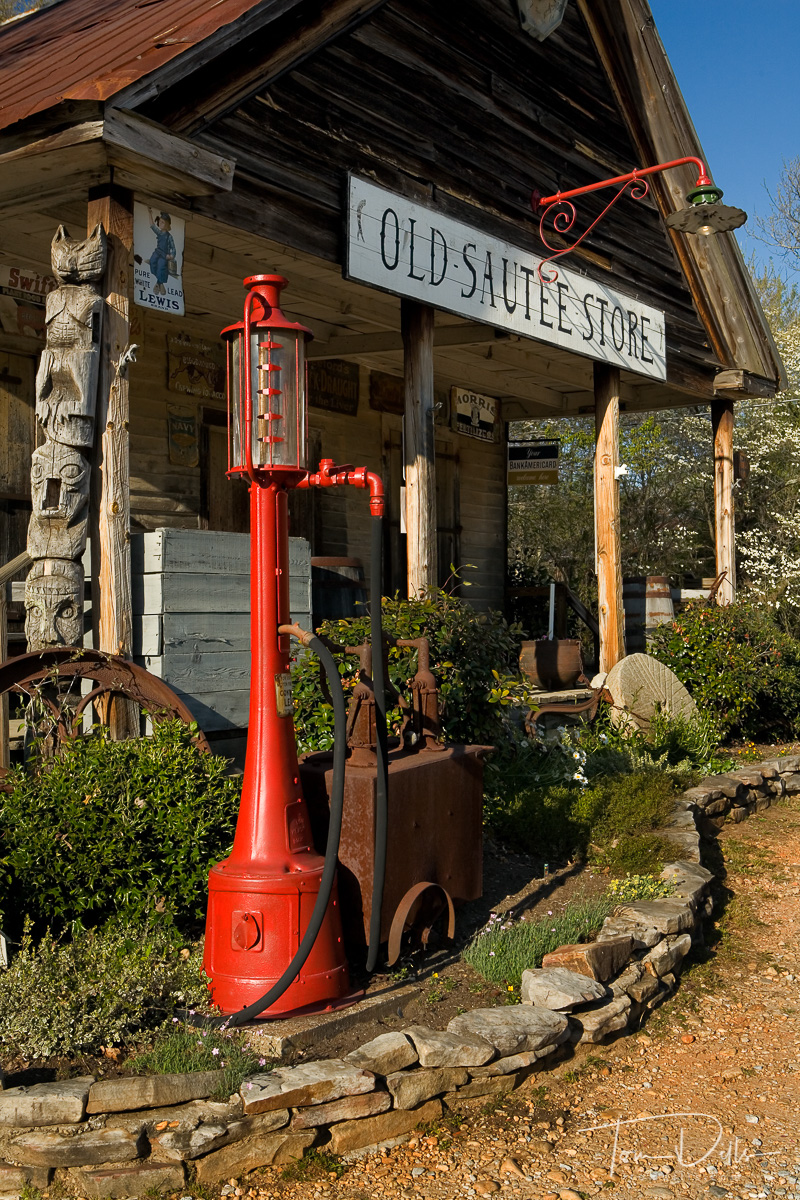 
The Old Sautee Store is one of a handful of pre-1900 retail establishments in northeast Georgia. When it was built in 1873 it was a true general store. Local residents would come to the store to purchase food, seed, or farm equipment. It served as a local post office for Sautee-Nachoochee until 1913 and as post office for Sautee until 1962. Through the Nachoochee Valley and directly in front of the store ran the old Unicoi Turnpike, a major thoroughfare from the navigable end of the Tugaloo River to the Unicoi Mountains in Tennessee. Unicoi State Park, which is located near the highway north of Helen, Georgia, takes its name from the road.

A second major road connected the Nachoochee Valley with Rabun County. Appearing on maps as early as 1837, portions of this highway are now part of Georgia Highways 197 and 255, and U. S. Highway 76. It used the Stovall Covered Bridge over Chickamauga Creek (for the Civil War buffs, there are two Chickamauga Creeks in Georgia). At the time the store was complete it sat at what was the biggest intersection of roads in these parts.

Over the years customers came and went. Loss of the mail contract in 1962 meant hard times for the owners, who sold the store in the early 1970's. Astrid Fried, a native of Norway purchased the store in 1974 and began to sell various items from her country in the store while preserving the post office area as a museum of sorts.

Deep, rich, golden brown hues of aged wood are everywhere in this beautiful store. In the front many one-of-a-kind items are on display. Towards the back many just as unique gifts and food are for sale. When we visited a plate of cheese and crackers welcomed us into the store section. By the time we left we had purchase not only some of the cheese and crackers, but a few knick-knacks as Christmas gifts for a couple of hard-to-buy-for friends.

Sautee Store -- its well worth the visit.