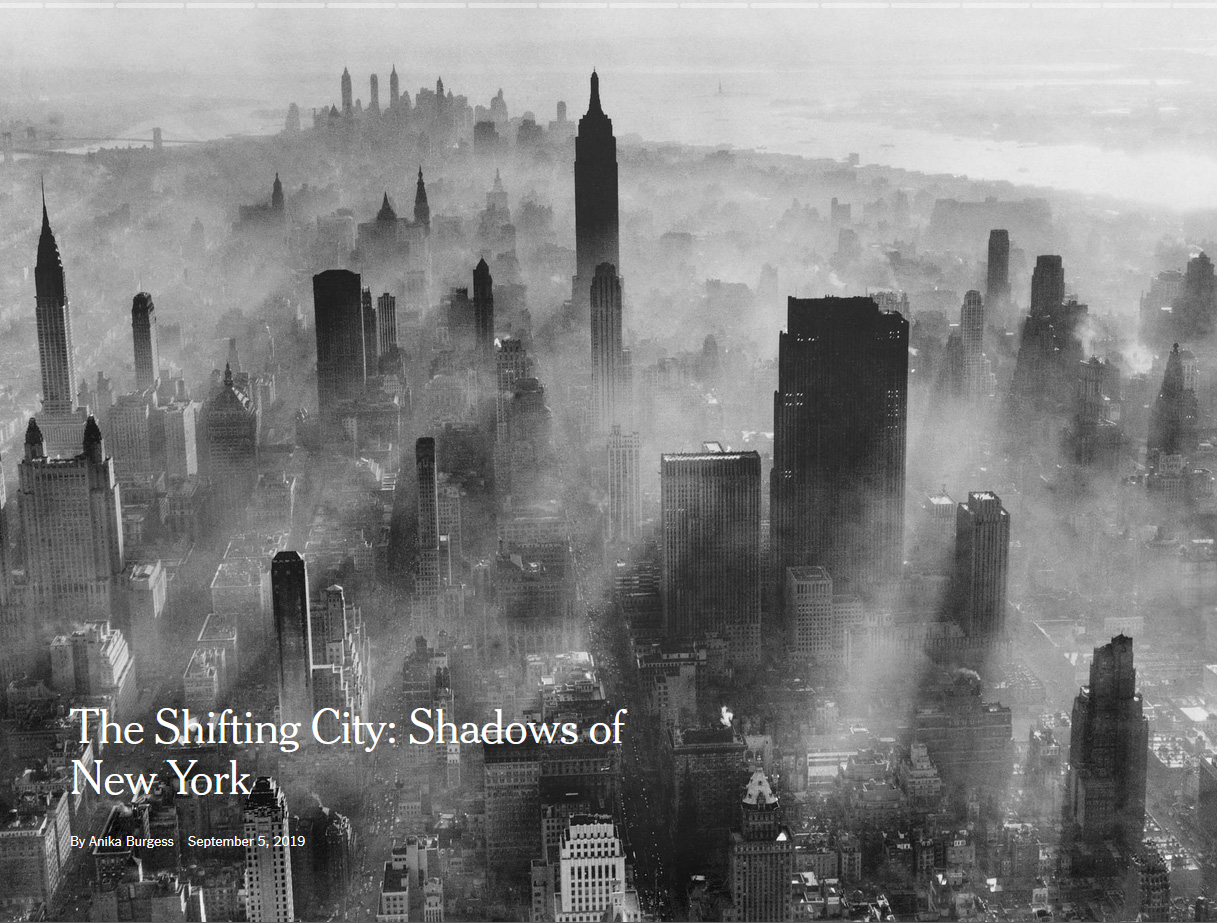 I don’t usually share links, but I know there are a number of followers of this blog who dig shadows.  This is a photo essay on the New York Times website that I thought was worth sharing:

I’ve been running through my Nova Scotia photos looking for themes.  One of the things I typically look for when wandering through a town are little details.  These are a few that I took while we were in Lunenburg.  Most of them were taken on the way to or from breakfast or dinner.  See, photography and dining don’t have to be mutually exclusive! 🙂

Considering that last Friday I was enjoying a sunny and warm day in St. Martin, I didn’t have much hope that today would be a better day.  But with the forecast of impending inclement weather, my office closed at noon.  What a deal!

One of the things that is interesting – and sometimes frustrating – about living in a place where it hardly ever snows, is that no one really knows what to do when the weather gets “bad.”  Those of us from up North, at least for a few years after moving here, scoff at the locals who run out for milk and bread and prepare to hibernate until the temperature gets above freezing.  After a few years we realize that we also don’t remember how to drive on ice and decide it’s a good excuse to stay home, or go home if we are out.

The difficult decisions are for the schools and for the parents who have kids in school.  I hadn’t been at work for 5 minutes this morning when I heard a couple of Mommies wringing their hands about how bad the weather was going to be.  Then at about 8:00 we got a little bit of sleet and freezing drizzle, and the brave talk about hanging around until noon was gone.  The schools went from dismissing 2 hours early, to dismissing at noon and then “we’re closing NOW!”  And the roads weren’t even bad, although they look a little slimy out there as I write this.

I’ll take a little time off however I can get it.  And I’m obviously putting it to good use – writing a blog post and processing a few photos.  Some of my favorite activities!

I hope everyone has an excellent last weekend of January.  Spring is right around the corner – sunny and warmer tomorrow!

I mentioned in several earlier posts that I had just about run out of hard drive space, and that coincidentally one of my three drives – the one that had been my main working hard drive for three years – had been acting weird and giving my trouble.  I switched over to one of my backup drives, relegated the old main drive to temporary backup status, and ordered new hard drives.  Exciting, huh?  Non-photographers can probably stop here…this is as good as it gets!

This past Monday I took delivery of three new 2 Terabyte Western Digital My Book Studio external hard drives to replace the 1 Terabyte drives I had been using.  It wasn’t a hard job, in fact it was remarkably easy.  But given that those drives contain all my photos from the last 8 plus years, I wanted to shut down Lightroom and stop processing photos until I was finished.  The third drive finished copying sometime this morning.  It took about 15 hours to copy the data from the old drive to each new drive, but now I have three identical copies, one that stays connected to my computer, one that lives in a cabinet in my home office, and another that lives offsite at my work office.  I then use SuperDuper! to run incremental backups on a regular basis.  I did a backup on each of the new drives just for fun, and each one took 30 seconds.  But of course nothing had changed, so that was what I expected.  No problemo.

Acquainting Lightroom with the new drive couldn’t have been simpler.  I opened up Lightroom, pointed it to the new main drive, and in seconds it was synched.  Piece-o cake-o!  Back in business and ready for a few more years worth of photos.  Hopefully another 3 or so years, but it’s hard to say.  These files are getting rather large!

The nature photography group that I belong to is an affiliate member of the Photographic Society of America, or PSA. We have recently begun participating in a number of their competitions, some of them for projected images but most of them for printed images. Because I consider the well-made print to be the intended final result of my photography, I began to submit some of my work to be considered for entry in these competitions. We’ve got a lot of members and each club is limited in the number of images they can submit in each category, plus each photographer is limited in the number of their images that can be in any one submission. It’s all very complicated to me and I have a hard time figuring it out so I generally don’t bother trying. I just send my stuff in and if it gets picked it does, and if it doesn’t it doesn’t. No big deal either way.

I did have one of my photos win an Honorable Mention in one of the projected image competitions a couple of years ago, and that was nice. I’ve been working hard at getting better with my printing and am very proud of some of the work I have submitted, so I was hoping that one or more of my prints would do well.

I received an e-mail this morning with images of the winners from the most recent competition. Mine was not included in the list of winners or those receiving honorable mention. I won’t go into a lot of detail regarding how I feel about the winners, since they obviously appealed to the people who were doing the judging. But I’ve come to the conclusion that, at least for the purposes of these competitions, the kind of work I’m submitting isn’t what the judges are looking for. I’m just not using enough software.

This is not intended to be sour grapes or anything, and to conclude that would be missing my point. But I’d be interested in knowing if there is some place or some way to get meaningful and constructive feedback on printed work that is more representative of traditional photography, rather than heavily manipulated and/or highly processed images. Maybe I’m just entering the wrong category in these competitions, but I can’t imagine that I’m the only one experiencing this. Does anyone actively participate in a print review group? Is anyone interested in starting one? It’s something I’ve considered for a while, but there just aren’t that many people printing their work these days. And of those who do, it doesn’t seem like there are many people whose goals are similar to mine. I’d be interested in knowing the thoughts of anyone reading, and might even propose that a few of us give it a try and see how it goes.  Send me an e-mail or reply in the comments.

Pentax announced a new mirrorless camera today.  A lot of the chatter I saw – on one blog, I don’t spend any time on the “forums” – was discussing the design, which depending on your point of view is either really cool or makes it look like it was built by Little Tykes or Tonka (one of the versions is actually bright yellow).  Among the usual comments like “I’d buy it in a heartbeat if only…” was a quote from someone named Paul (hopefully not my friend Paul that frequents this blog!), who in referring to the comments about it being ugly, said:

“You’d think, in a creative hobby such as photography, that folks would be… you know… creative in other ways of thinking and seeing the world as well. The only thing I have learned from reading blogs and online photo forums is that photographers now-a-days are the most conservative, dull and uninspired group (of mostly old men) on the planet.”

Boy, doesn’t that pretty much nail it.  There are exceptions of course, and I feel that I and anyone reading my blog qualifies as an exception, but I see that everywhere.  A bunch of old dudes collecting expensive equipment and hauling it around in their PT Cruisers to a bunch of checklist places and taking cliché photographs of famous icons.  Of course, no one reading this blog fits that definition so please don’t take offense!  Although I believe that is perfectly OK if that is your goal.  More than anything I want to make sure I don’t fall into that definition, and I’m trying really, really hard to avoid doing so.

Granted, a bright yellow camera and a field full of (mostly) gray and black does stand out, but you’d never lose it!  I personally tend to prefer a camera that blends in, and you would do anything but blend in with a yellow camera!  But I think you have to give them credit for thinking a little outside the box.  And this actually looks like it might be a very nice camera.  It’s got a nice, big APS-C sized sensor and it uses existing Pentax K-mount lenses as well as some new ones they are producing just for this camera.  Interesting.

Monte Stevens recently made a post on his blog titled “Seeing Shadows.”  The comments indicated a general affinity for shadows and I am also a fan.  About the same time Monte made that post I was making these photos, unbeknownst to each other.  Within a few days, anyway.

I wish to suggest that we may be known as Shadow Geeks.

I thought I would try something a little different for this post.  I don’t usually post a bunch of photos on my blog, but there’s no reason why I shouldn’t.  These were taken Friday morning while wandering around downtown Charlotte with my Canon G12.  I sure have a lot of fun with that little camera.