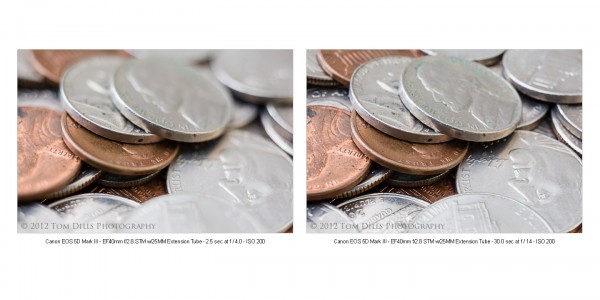 When I saw Canon’s announcement of the new 40MM 2.8 “Pancake” lens with a price of only $200 I decided it was a no-brainer and I ordered one.  Then I read some reviews that indicated that it is a pretty fabulous lens, especially for the money, and I started looking forward to getting it.  It came late this past Tuesday (the UPS man was working overtime!) so I had a little time on the 4th to work with it.

I already had planned to take it out for a little fireworks action later in the day and evening, but I wanted to spend some time under controlled conditions to test sharpness, depth of field, bokeh, etc., all the usual stuff.  So I set up the tripod in my office and laid out some objects to shoot.  At some point during my session I was playing around to see how close I could get to an object.  Minimum focus distance is rated at just under a foot, and with a 40MM focal length the field of view was still pretty wide.  That’s not really suited to closeup work if you are trying to restrict your background.  I don’t remember now what prompted it, but at some point I decided to throw on my 25MM extension tube.  Wow!  I was then able to focus down to about 3.5 inches. 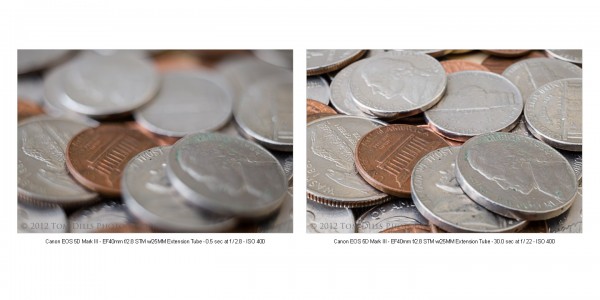 Now I realize that my friends who are serious macro photographers will probably scoff at the idea of using this combo for macro work, and I realize that people have been using 50MM and other focal length lenses for macro for years, but I don’t have a 50MM lens.  For the kind of occasional macro work I do, and considering that my usual macro setup includes my 70-200, 2X Extender, Extension Tubes and a 500D close-up lens, this lightweight little setup is pretty darned cool! 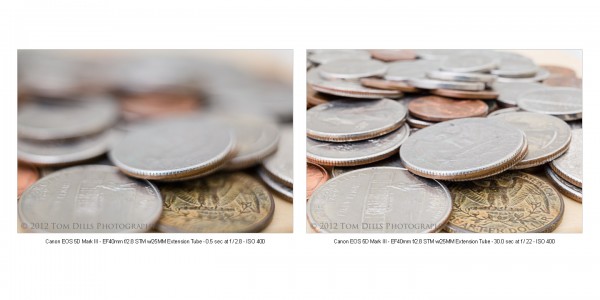 What I’ve found is that depth of field is predictably shallow wide open, but gets progressively better as I stop down.  At f11-f16 it’s pretty darned nice, and even beyond it is pretty useable.  All without the weight, light loss and bulk of the Mac Daddy setup I’ve used. 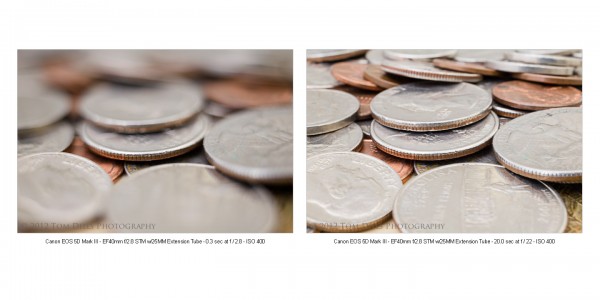 Conclusion?  I need to do some more real-world work with this combination, but since it’s such a small and light lens I’ll probably carry it with me all the time anyway, the extension tube weighs practically nothing, and it seems to work pretty well, I’m looking forward to working with it some more and see what I can get.  Who knows, maybe I’ll eventually spring for a “real” macro lens, but for now this seems to be a pretty good way to go!