The first night’s stop on our northwest road trip was Bowling Green, KY.  And thanks to making good time on I-40 and to gaining an hour with the move into the Central time zone, we arrived in time to visit the National Corvette Museum.  It’s hard not to love the Corvette, even if you are a long-time Ford fan.  The museum is nicely done, with an excellent collection of Corvettes from all years, along with concept cars and a scattering of other makes from the early years.

One thing I had forgotten about was that in 2014 a portion of the museum floor collapsed into a huge sinkhole, sending 8 priceless cars plunging into the abyss.  The sinkhole has been filled in and the floor has been rebuilt.  Several of the cars were damaged beyond repair, but they were returned to their original place in the museum as they were recovered.  A frightening sight and reminder not to mess with nature!  The museum’s website has some information about the sinkhole and the exhibit they created to tell the story.  It’s pretty interesting, especially the timelapse of the effort to fill in the hole!

An unexpected bonus of our visit was a display of cars and car art by legendary artist Ed “Big Daddy” Roth of Rat Fink fame.  I remember idolizing his work as a kid along with cars by designer George Barris, and I’m pretty sure that at one time I had built plastic models of a few of these cars.  That was a long time ago!

I’ve posted a sampling of photos from our visit here on this page, but for those who want to dig deeper I’ve created an album from our trip on my Adobe Portfolio page and have added a gallery of more photos from the museum.  Enjoy!

We saw rain on the first day and the last day, and very little in between.  We had one very windy day in Washington, and we saw lots of smoke – way too much – in Oregon.  Otherwise the weather was very pleasant, not too hot, not too cold.

We live in a beautiful country.  There is something for everyone, and the scenery changes by the hour.  Except perhaps in Kansas, where it changes a bit more slowly.

It’s interesting how you can tell when you have entered a new state.  It’s not an immediate change, but if you took a picture before and another after about an hour, you can tell.

People ain’t staying home!  The roadways and motels are all pretty full, especially the interstate highways.

In most places, people were well behaved, doing all the disease prevention stuff and generally staying away from each other.  Hotels have used Covid as an excuse to not clean your room or provide breakfast, but as long as we can get coffee that is perfectly OK with us.  Chain hotel breakfasts are usually not that good anyway (except sometimes the waffles!).

We have generally been avoiding “chain” restaurants for several years.  But a few times, due mostly to convenience and location, we found ourselves at a few chain restaurants – Red Lobster, Outback and Rafferty’s to name a few.  They were OK and we didn’t get sick or die!  We still avoid “fast food” except to pee.

Mostly with eating out is that you just need to think about where you are.  For example, don’t try to order fish in Nebraska or Montana – they know beef and pork.  In Washington or Oregon?  Chinook salmon in Washington is amazing, plus they have freshwater walleye and trout – no problemo.  In Montana?  No fish.

Carrying our own food and having most breakfasts and many lunches on the road saved us time and money, and by avoiding all those restaurant meals we each gained less than 3 pounds, a miracle for us.

We saw lots and lots of RVs and travel trailers of all sizes, shapes, speeds and apparent driver ability.  It’s a little scary that people who can’t pull their Buick into a parking place straight are now driving tour bus-sized behemoths.

It’s interesting that in many cases the larger the motor home or trailer, the more crap that was hanging off the back or on top or in a vehicle being towed behind.  Boats, 4-wheelers, golf carts, motorcycles, bicycles, etc.  I guess people are trying to prove that you can take it with you after all.  How about just taking less stuff?  Hauling all that crap around is not my idea of getting away from it all.  But I guess that’s not the point.

Despite all the RVs on the road, all across the country we saw dozens of sales lots with hundreds of units sitting unsold. Plus many more storage centers with units sitting in storage.  Who has that kind of money to just let stuff sit around?

We saw nothing to convince us to buy an RV.  Or to get a dog.

Thank goodness for US Highways.  No trucks, virtually no cities, lots of passing lanes and 65-75 mph speed limits.  We use them whenever we can.

I don’t know what they’re hauling, but there are many more trucks on the road than I ever remember in previous travels, especially on the main interstates between major cities.  Between the trucks and the RVs that can’t or won’t maintain the speed limit, driving the highways can be nerve-wracking.  But we managed!

An informal poll of people willing to put up political signs gives a decided edge to the incumbent.  No conclusions can be made of this data, as the margin of error of this poll is +/- 50%

It’s amazing how much better things seem when you stay away from the news!

Kathy & I had just left our motel in Hayes, Kansas and were speeding down the highway when I spotted this barn alongside the road.  It had a very interesting character to it, the light was beautiful and I knew immediately it would make a nice photograph.  But I didn’t stop.

I don’t know how it did it, but soon after I passed the barn I started hearing this voice.  It said, “hey dumba$$, come back here and take my picture.”  It took nearly 2 miles, but eventually I started slowing down and told Kathy, “I’m going back.”

As I was walking back to the car the farmer drove by in his pickup.  I waved at him and he waved back.  Maybe he had heard the voice, too. 😉

A few days earlier I had passed another barn in Colorado where there was no safe place to pull off the road, and I stewed about it for a long time.  So I didn’t really want to pass this one by.  But I was already in “Get There Mode” and almost let it go.  I’m glad I didn’t!

One of the highlights of our recent road trip (yes, we’re home now!) was a nice albeit too-short visit with our friend Monte Stevens in Fort Collins, Colorado.

We ordinarily would have planned on spending more time in Fort Collins, as we really like the town and Monte is a swell guy to hang out with, but between the fires and our growing get-home-itis we decided to make a quick overnight stop.  But that didn’t prevent us from getting out and burning a few pixels.

Kathy & I joined Monte on a walk through the Reservoir Ridge Natural Area, where we saw his “office” and were able to see a few of the firefighting helicopters coming and going from a nearby airfield.  We had a nice pizza dinner at a local pizza joint followed by a yummy breakfast at a local “American-Mexican Breakfast and Lunch” spot.

Any time with Monte is time well spent, and we look forward to getting back to Fort Collins at at time where the weather and conditions are better!

One more day on the road – home Thursday! 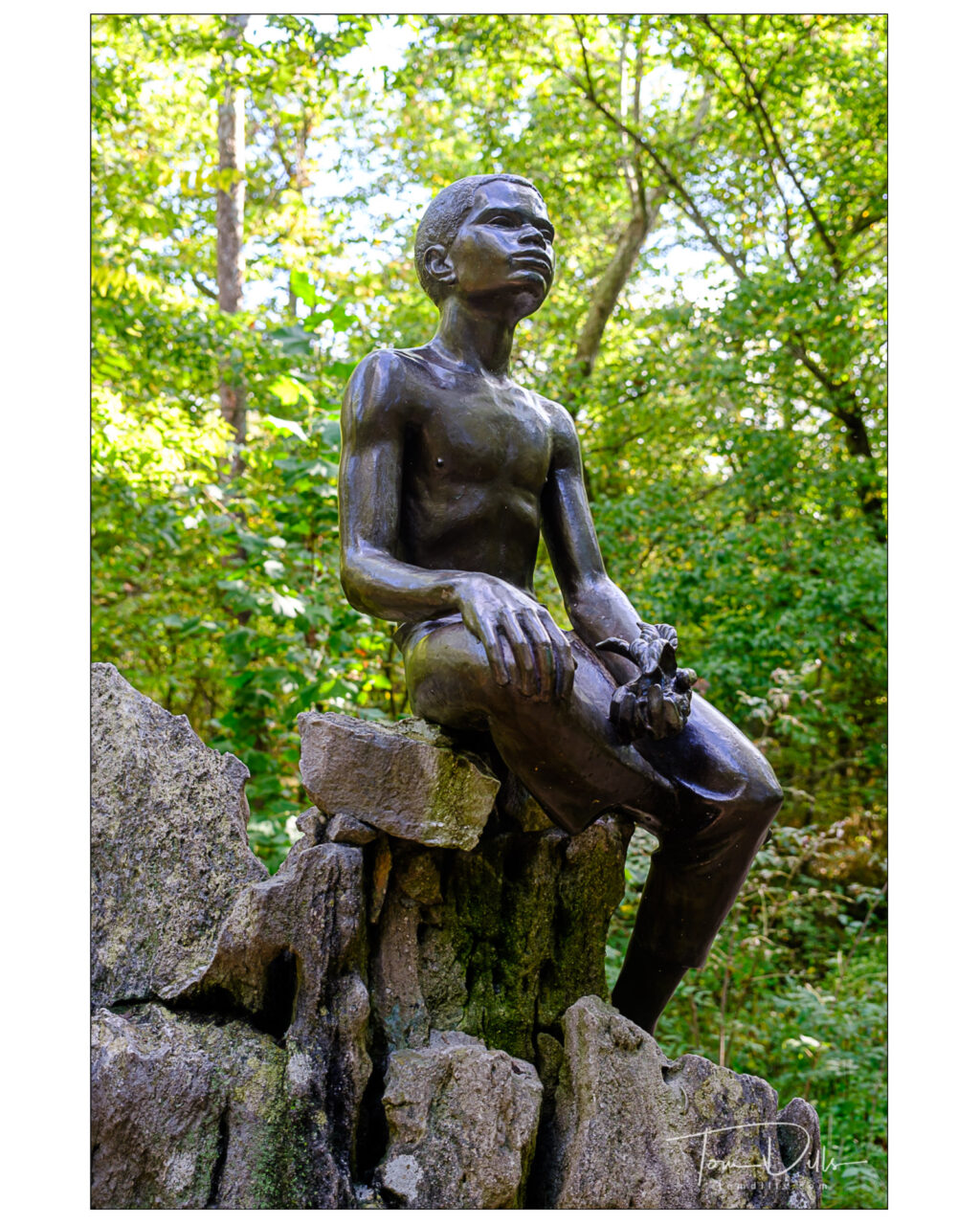 Interesting history to this fort, which was established in 1859 and whose role consisted of guarding the transport of the US Mail as well as general traffic along the Santa Fe Trail.

The best part for us was that we spent over an hour at the fort and the only other person we saw was the caretaker, who we saw only from a distance.  A very quiet and peaceful experience!

Driving through Nebraska and Kansas we kept seeing these interesting plants but didn’t know what they were.  The bottoms look like corn stalks but the tops were definitely not corn – more like big bushy cattails.  Finally Kathy consulted the interwebs and discovered that the plant in question was sorghum.  I’ve eaten sorghum but didn’t know what the plant looked like.  News you can use!

What a fascinating place!  Look forward to a future post with more photos!

The Center had been closed since March, and when we saw that they were reopening last Thursday 9/17 we rearranged our schedule to attend.  Very interesting organization and they are doing good work to promote endangered species.