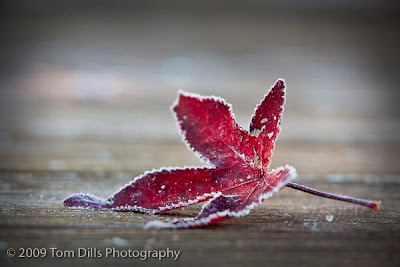 In the last couple of days I have been preparing to pack for our upcoming cruise, an annual tradition for the last 9 years. In recent years I have managed to convince myself that I was on vacation and took only a point & shoot camera – albeit a good camera – the Canon G9. With the exception of our first couple of cruises when I was still shooting 35mm film, and our one trip to Alaska where I had just purchased my Canon 20D, all I have ever taken on a cruise was a point & shoot camera.

A couple of months ago I decided, with Kathy’s blessing since it does effect her, that I wanted to do some more “serious” photography on this cruise. We’re going to visit several islands that we especially like, consider particularly photogenic and have only been to a few times. Given my current lack of gainful employment it is uncertain when we will be able to justify another cruise, so I wanted to get some “good” photos from this trip.

Herein lies the dilemma: how much gear is enough? In keeping with the theme of my last post, once you decide to do “serious photography” there is a certain minimum level of equipment you are committed to. I want to make sure I have enough equipment to do what I want to do, without taking so much gear that it becomes a burden. I started by deciding which camera bag I wanted to take, figuring that the size of the bag would determine the amount of stuff I would take. Something more than a point & shoot but less than my entire large 40-pound airline-legal rolling bag, preferably. My rolling bag would be a good solution for getting stuff there, since it is easy to handle and designed for travel. But it holds literally everything I use, and that seems a bit excessive. I’d still have to take my backpack, which would need to be packed separately, because I would want that for carrying my gear with me on the islands. My backpack seemed to make the most sense, since it was the bag I took to Alaska with me, holds as much as I can reasonably carry but is not too much to handle.

When I start paring down my gear I long for the days when I shot with my Mamiya 7 rangefinder. A nice compact body, three excellent lenses and a box of 220 Velvia would get me through a productive weekend. For a trip like this I’d probably take 5 or 6 boxes of film, perhaps as many as 10, and it would all fit into a small doctor bag-sized bag. My 3 lenses were 150mm, 65mm and 50mm, roughly equivalent to 75mm, 35mm and 28mm on a full-frame 35mm camera. My favorite lens, the Canon 24-70, for all intents and purposes covers all three of those focal lengths, and while the combination is a bit larger than the Mamiya kit it doesn’t take up a lot more space. So why do I need more than that? Let’s look at what I’m taking:

This is traveling light? From all this it doesn’t look like I’m leaving much behind, but there is still a lot of stuff left in my regular bag! Most amazingly, what would I leave behind? It all fits in my backpack, so if I take anything out I will have empty space. Can’t have that! Besides, other than the 70-200 there isn’t any single thing or combination of things that would make enough of a difference to matter, and I’m not leaving the 70-200 at home. No way! I’ll use it all, and there will be something I don’t take that I’ll wish I had, like my 2X extender, extension tubes or closeup lens. But I think I’ve covered 99.5% of the situations I’m likely to encounter, and that’s about as close as I can hope to get. Besides, I’m going to be doing a lot more than taking pictures!

It’s amazing to me how much stuff I feel like I need to take just to take “serious” pictures. But given that I want to be sure and cover as many bases as possible, I just can’t imagine getting by with anything less. Let’s hope the results are worth the effort!