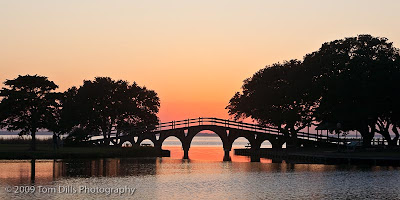 I don’t generally spend a lot of time on message boards, although I will admit to doing my share of posting. I recently contributed to a discussion on the CNPA forum about printers and printing. I made what I thought were some reasonable and well-explained opinions on the type of printer one might look for when getting started printing, the many types of papers involved and the importance of having a properly-profiled monitor so you would have some assurance that the colors on your screen would be well-represented on paper.

During the course of the discussion one of the posters stated that she had a printer that she “bought used 2 years ago. It is still in the box. All the horror stories about not calibrating printer and monitor before attempting to print scared me so much I dismissed all ideas of trying to print.”

First of all, CNPA is an organization of what, 2000 members now? And this particular person is one of the nicest, most social and outgoing people I know. She surely could have asked for and received help from someone in this organization! One of the dozens of people she regularly shoots with would have had exactly the knowledge she was looking for.

Secondly, how much does a colorimeter cost? In the context of the money we spend on camera, lenses, tripods, computers, printers and accessories, why would one not properly calibrate their equipment to get the best possible results?

That got me thinking about all the little odds and ends that we often don’t factor in when we sit down and calculate how much it costs to do what we do. Photography is expensive. Whether we do it as a hobby or as a profession, it costs a lot of money. And that’s not just the gear. The travel is expensive, too. We do it either because we love it, because we’re trying to make a living from it, or both.

There aren’t many inexpensive hobbies, at least not hobbies that I know of. Does a golfer spend several thousand dollars on clubs then shoot with “x-out” golf balls? I grew up in a town with the only (at that time, at least) free public golf course. I played with second-hand clubs and balls I had found. But you don’t become Tiger Woods playing that way. Would a musician buy an expensive guitar then listen to himself play through earbuds? I don’t think so.

It is possible to do photography well with used equipment (it’s all used, right?), old computers and even old printers. But for most of us that is an exception. There is a certain level we want to be at in order to enjoy what we do, produce results we can be proud of and go to the places we want to go. There is a certain pride and satisfaction that comes from pulling out a new lens or some gee-whiz accessory and using it. There is nothing like visiting a fantastic location for the first, or second or twentieth time and taking nice photographs. But then what? We want to share them, either by posting them online, selling them to publications or making prints. That’s all part of the fun, but it’s also part of the cost.

There was recently another thread on the CNPA forum where someone shared a checklist he had made to keep track of the gear for certain kinds of trips. That was great stuff and very helpful. I have my own checklist of things to take on various types of trips, from weekend get-aways to cruises. It’s a great way to be organized. How about a list of all the things we need to be photographers? How many people, if confronted with such a list, would decide to take up another hobby because of the expense? I’ll bet a number of people would, especially once they realized the cost!

Since we don’t have that list, at least not that I’m aware of, we sort of accumulate things as we go. We buy a camera and lens, then a polarizer. Maybe a nice bag. Then another lens, or a tripod. Then a bigger bag. We buy a computer but need a bigger hard drive, or some kind of software. I once heard Tony Sweet tell a group that “digital photography is really not that expensive. After the first $20,000.” For many of us that’s not too far off!

Everyone has to decide their own level of comfort based on their own personal situation. That can be determined by time, budget or other factors. But there are some things that no one should do without. One of those things is a properly profiled monitor, and it doesn’t matter which colorimeter you use as much as is does that you use one. There are many more things that are equally important or more so, but you don’t always have to buy the fanciest or most expensive version. You need to get the best one you can afford that does the job. Does everyone need a $1200 tripod or a $200 polarizer? Of course not. A good sturdy tripod is not cheap. My polarizers, and I have several of them, cost more than many of the cameras I see tourists carrying. In fact, that is often the response when someone asks me how much my camera cost.

I’ve always been a believer that whatever is doing is worth doing well. That’s why I gave up golf a long time ago. I was horrible at it and no matter how hard I tried I could never figure it out. I’ve had somewhat better luck with photography, but it is not any cheaper!

I’m also a strong believer in ‘to each his own’ but my personal opinion is that being the best photographer I can be means being able to own good equipment (not necessarily the newest or most expensive) that gives me good results, learning to process my own photos and competently print my own work. That carries a certain level of financial commitment. Not everyone shares my goals. For many people sharing photos on Flickr or Facebook is their aim. That’s great, but even then there’s still a minimum cost to play. Maybe not as much as some, but it’s there. Camera gear is great and I always want more, but to me, the ability to experiment with paper and processes and tweaking my photos to get them where I want them is part of the learning process. I consider a good printer to be an essential part of my photography equipment, and it is as important to me (or more so) than another lens or camera body. And that takes a certain level of commitment as well.

To wrap up, my point is that there are some things you just need to have in order to do any hobby. Some of them are expensive, some not. It’s sometimes hard to come up with another $75 or $100 or $500 when there are lots of other things competing for our funds, but some things are necessary, and some are just worth it. When it comes to printing, whether you print your own work or send it to an outside lab, you need to be sure that the file you are sending is accurate, and that takes “just another piece of equipment.” There are a lot of those, and as hard as it is, sometimes you just need to do what it takes.