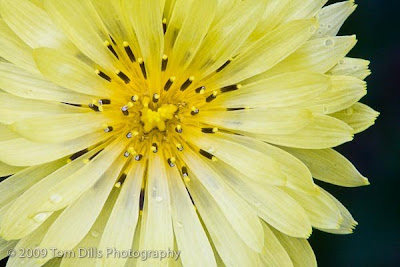 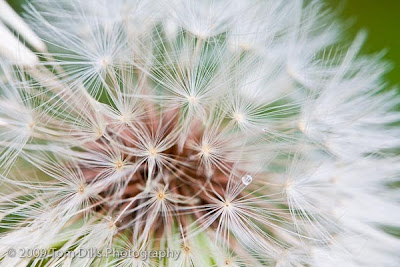 I spent some time this past Friday morning shooting on the Torrence Creek Greenway with CNPA member and photography buddy Don Brown. The ever-changing palette of wildflowers on the greenway never ceases to amaze me. Every week throughout the year brings something new, while some old friends say good-bye for the season. Just lately we’ve started seeing some of the late summer flowers – goldenrod and milkweed primarily, but if you look closely you can always find little patches of treasure that most people walk by. I think what amuses me the most is that I can be standing knee-deep in a patch of flowers, camera on tripod pointed right at a flower, and someone will walk by and ask what I am shooting! They don’t even notice that there are wildflowers there!

These two images are actually portraits of the same type of flower at different stages of its life cycle. They are both of a plant called Yellow Goatsbeard, aka Jack-Go-To-Bed-At-Noon. The yellow flower is the Goatsbeard as it initially blooms, while the puffball is the flower after it goes to seed. Both were found in the same patch mere feet from each other. They look a little like Dandelion but much prettier.

While I was shooting the puffball version I found myself thinking about what it was that was moving me. The flower was telling me “soft” and a little voice in my ear was telling me to “Shoot ‘Soft.'” I took a number of frames at different apertures to try and get the right mix of “soft” and sharpness. The stopped-down versions are nice but have a bit of harshness to them because all the background starts to become prominent. This frame was taken at f8 and I feel it strikes the right balance between “sharp enough” and “soft.”

2 thoughts on “Before and After”